As part of the construction of a QO-100 station decided to try and convert a common satellite LNB from internal PLL crystal reference to an external one. 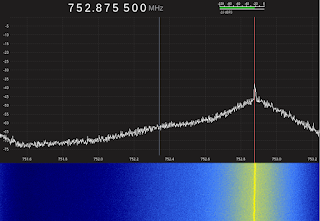 On the image, during testing after the convertion was still drifting a bit since the Wavetek signal generator used was still warming up.

This is the inside of the LNB after plastic and metal cover removed: 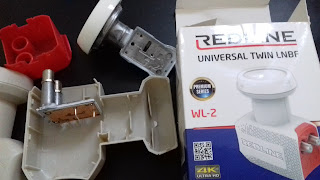 Another view bellow. The crystal oscillator is on the other side of the PCB so it's needed to de-solder the F plugs terminals (top left and right): 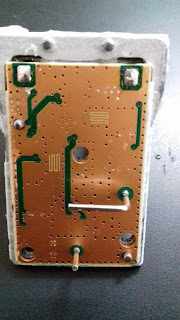 After completion of the operation I can confirm It does work, still need to do more testing with different input signal reference, at the moment it accepts/works from around -10dbm to 0 dbm. Also tried to inject different reference besides the 25Mhz to shift the IF and works with ref. higher than the 25Mhz, bellow testing with 25.787Mhz as the PLL reference 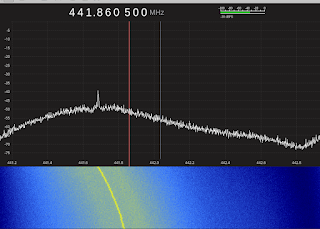 The drift is the fine adjust being done on the signal generator, the actual LO LNB frequency is the crystal frequency times 390.

The mod bellow, I also had to remove one cap from the input line to the output filter so that there is no load to the reference signal in. 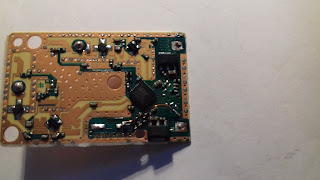 The jumper wire is from one of the LNB external output plugs to the place where the crystal was (the two big blobs of solder).

This is the original schematic (it's a RDA3567 chip on the LNB board) with the mods made: 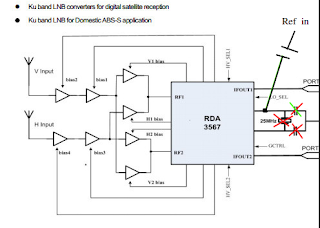 To remove the original crystal since I don't have SMD tools, I placed the iron with a bit of solder on top of it and waited for warming up the underlying terminals until it could be removed (note: this voids the warranty).

Another view of the LNB inside: 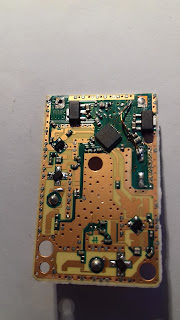 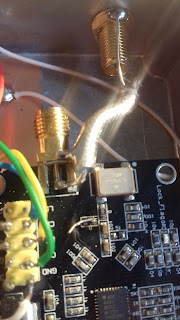 I connected to the terminal normally used for the reference input and bridged the missing place for the 0 ohm resistor case you reference it externally.

Let's see in the future how stable is this internal reference of the AD4351, if good enough it avoids having to build an external TCXO for the LNB.