Nothing fancy, just followed the code and description from here, deployed the needed libs on another Linux laptop I have, and voilà: 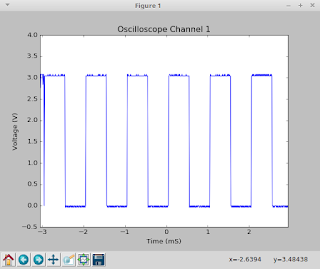 ...a nice picture with zoom capabilities.

Had some initial problems with code in the article, had I followed the thread in the same and could had it fixed sooner. Basically the scope returns a little more data, 610 instead of 600, than expected by the Python plot function, so the following needs a change in the code:

The image on the scope screen is the following: 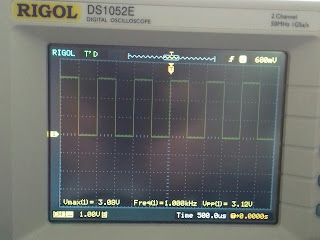 The scope being detected as USB device: