Got this meter some time ago, idea was to place in a box with a current switch to act as mains shack power outlet, letting me measure actual power consumption of the equipments when in use.

Meter was bough out of the "bay", rated to 20A, it has 2 input and 2 output power terminals. Here Some initial testing with it: 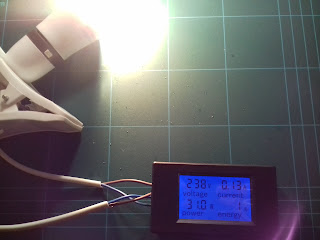 It also has cumulative power consumption besides the other values.

I placed, this Easter when in vacation in Portugal, on a standard electrical box along with the circuit breaker rated for 6A, sure I will not need more at the moment. 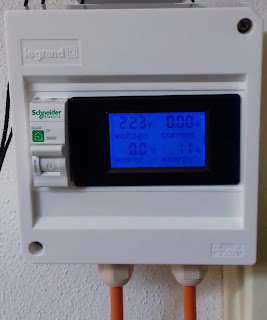 The advantage is I can shutdown all the shack power from one single point while also monitoring mains values.

And bellow the measure rating for some of the equipments currently connected. 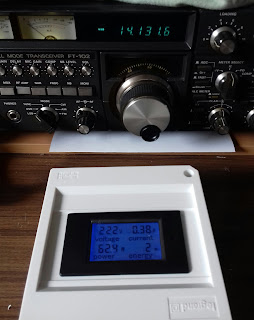 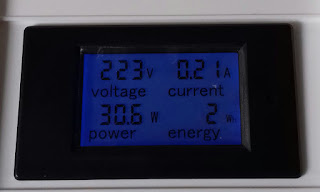 ..same power as the light bulb in the first picture. 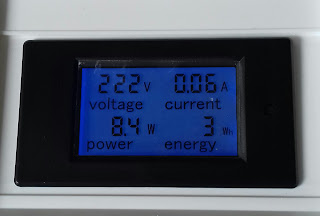 The "Speaky" power supply, a Yaesu one, takes 1.8W so the actual power is lower than the 8.4W: 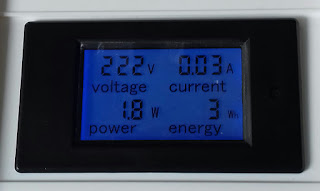 The big surprise is the Kenwood power supply, I suspect there could be some leakage at the caps .as a reason for the almost 14w. 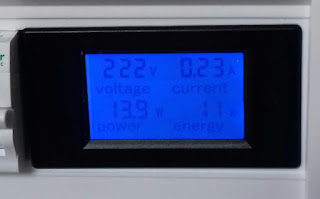 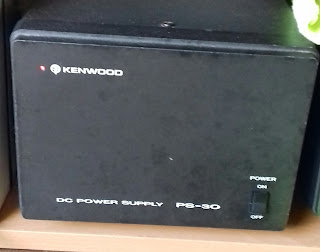 I didn't check transmitting power consumption since the FT-307 has a fault in the PA and the FT-102 is now developing a receive fault, I suspect a cap in the AGC path. Will have to fix one of this days.

This is a good reminder to run more time on the "Speaky" transceiver so save energy.

After part I, here's part II for the conclusion of the bench power supply.

It's a dual adjustable power supply based on LM317 and LM337, 3 terminal using adjustable positive (LM317) and negative (LM337) regulators.

Basic circuit is this one after some changes on the original one and it's similar to the ones on the datasheet of the regulators: 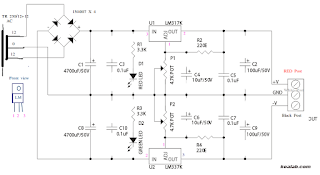 And the finished product in the box, the right half of the box with voltage meters displaying output voltage.

The lower voltage meter although showing a positive value is measuring the negative part of the circuit. From white post (0 V / GND) to black one (- V).
I can enable the main power output on the left only also (part I blog post):

or both at the same time: 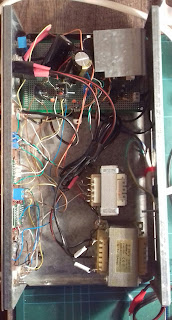 The smaller transformer is for the dual supply and the big one to the single output. 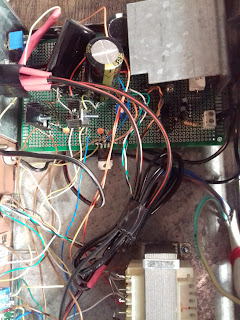 The meter modules on the panel (small green pcb), are feed from the output at the binding posts, so, with voltages lower than 4.5V approx will go blank. 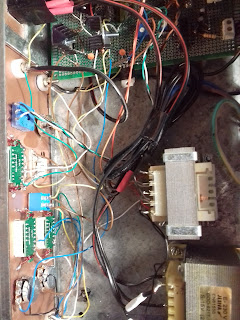