Following the first repair of the Wavetek 3001, I knew that there was another issue with the 400Hz modulation oscillator, it was doing some "FM" oscillations so in practice I could only use the 1Khz tone. 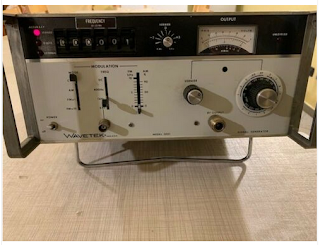 Troubleshooting and comparing with the 1Khz oscillator, it was visible the waveform at C6/CR2 junction oscillating/FM'ing a little. Interesting enough by probing with the scope at the drain of Q2 it disappeared. I tried first to swap C6 to no effect, then swapped CR2 and it stopped but trying with the diode in and inverted polarization it would continue the same so it was either wrong assembled at the factory or it's for the moment just masking any other situation, probably Q2.
Before the previous testing I replace IC2 with IC1 (for the 1Khz) to no good effect so decided the issues was not the opamp. 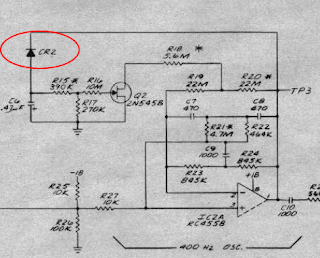 I left like that, with the diode replaced (used a 1n4148 for the moment, didn't  even checked the exact spec in the manual)

After demodulation on an envelop detector it's now fine: 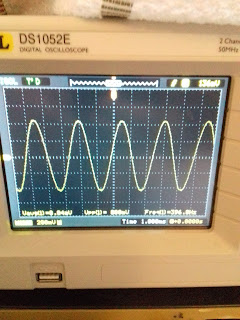 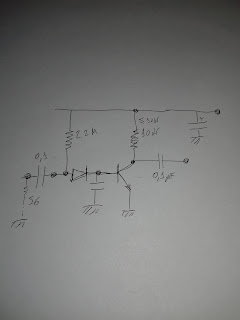 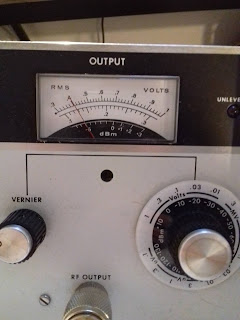 Since it's a bit of a pain to take and access the modulator/modulation board I opted to solder the diode from the pcb track side and leave it for the moment, also left the original diode in place with one leg open: 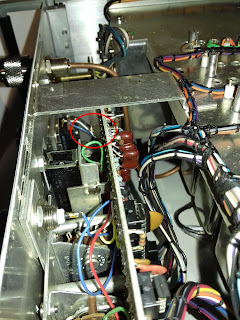 Since some times the unleveled light still comes on I suspect further recapping at the internal modules might be needed in the future.

If anyone know the exact specification for this device I appreciate some comments.

Got this from the usual flee bay expecting to have a cheap noise source capable of 10Ghz since they are normally a bit on the expensive side. 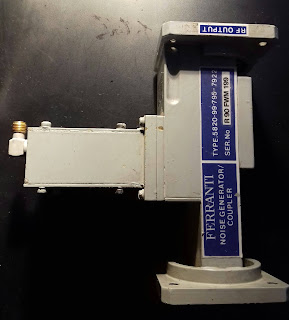 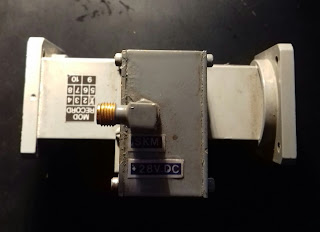 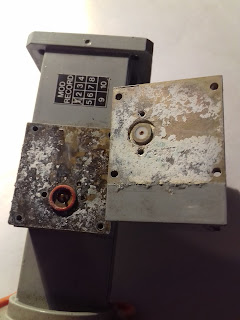 This is the power supply side: 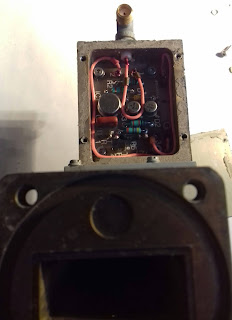 And here the noise generator (underneath), a common noise source diagram: 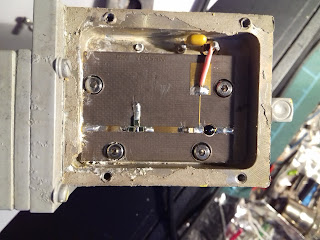 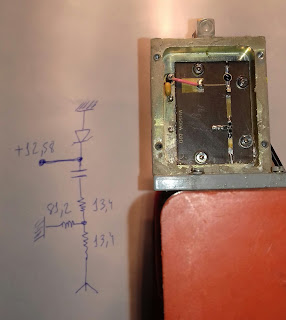 Some similar Ferranti references, so this could be part of the same set: 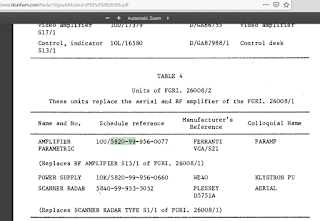 Im assuming this is a 10 Ghz capable noise generator because of the waveguide and because Ferranti was involved in earlier radar set's at around the 10Ghz range.
End up doing an adapter/transition to SMA using just the noise module part, separating it from the waveguide: 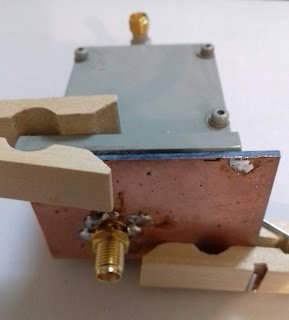 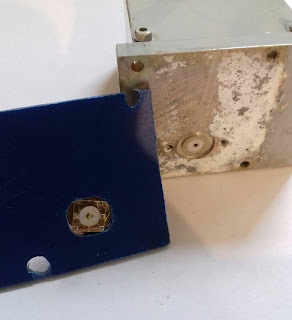 Since I am a bit limited on 10Ghz test equipment the most I could do was connect it to an LNB and checking the level on an DVB-T USB dongle.

Bellow with power on at around 11Ghz (given the LNB offset of 9.750Mhz) 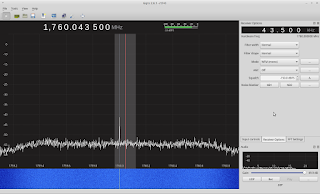 With the generator OFF: 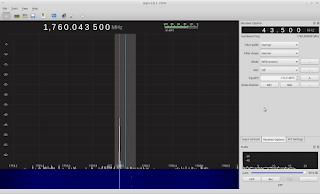 ...so I know that there's some noise, anyhow could also be 1.7Ghz noise leaking on the SDR dongle.

I also tested using one LNB as amplifier for the noise (getting the signal before mixing) and then connected the output to the conversion LNB. 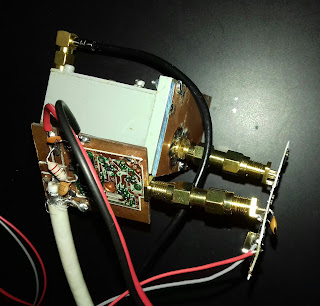 The results with the noise generator OFF (on the left) and ON (on the right):

Anyhow since I have no spectrum analyzer capable of 10Ghz, for now I assume it kind of works. I plan to do a filter around 10.3GHz and run noise trough it and then use the LNB and connect to an 1.5Ghz spectrum analyzer (or similar) for better conclusions.