Sorry for not posting for the last few months but honestly I've been very busy.

Some 20 years ago I took the training in beach lifeguard, then I did some work on the beach in the following years as a summer job. At that time the training was valid for 5 years and I didn't renew it until this year.
This time, (20 years later) it was not easy from a physical point of view to make the training, most of my colleagues weren't even born when I did my first lifeguard summer on the beach.
I was the oldest in the class (but not the slowest swimming) although my time in the 400m is a little more than the double of the current olympic record :) anyhow I'm not thinking in going for an olympic medal

In June I was counting only to work some days replacing some colleagues on leave but I was offered full time in a near by beach so I end up doing all the summer season from 15 June to 15 September ence not having much time for this blog. 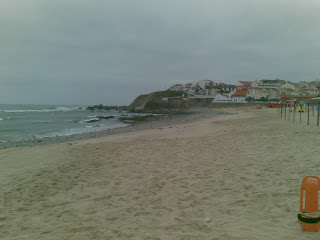 Partial view of the beach 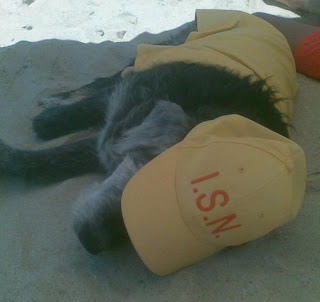 The beach dog with the lifeguard hat and the yellow flag!
By the way in all the beach's were's a lifeguard there's a pole with a flag system for sea water conditions: green for good conditions, swiming is allowed; yellow for moderate conditions were swiming is not allowed but a bath is and red for dangerous conditions were beeing near the waterline is dangerous and is forbiden to go to the water (we have some tolerance during a red flag day). 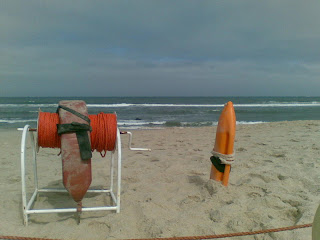 My observation point and some rescue equipment. 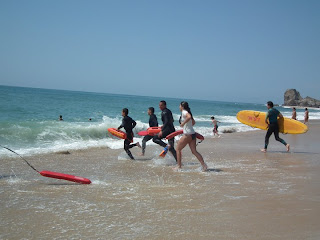 During training! Why swim when you can go by "boat"? Guess who am I in the photo! :)

In the end all went smooth and I only had to do some small rescues.

Now I am slowly getting back to electronics and to this blog. Stay tuned!
Publicada por Ricardo - CT2GQV em 10:22 PM 2 comments:

While I don't get time to make a more useful and tangible electronic construction here it goes another "what's this" question....:
What type/model is this and what's the frequency range? 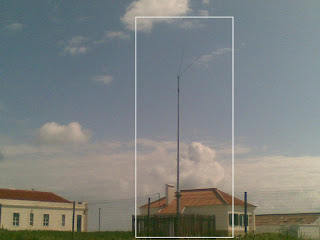 From the last post, here it goes the image on reference point GPS receiving antennas for error correction on GPS signal. 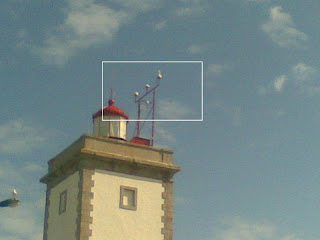 As usual in Peniche there's always a seagull on top of something...
Publicada por Ricardo - CT2GQV em 7:31 PM 1 comment: