I had to build something while I don't have everything set around so decided to buy a small kit and build an AM receiver. The kit looked well built and affordable, using a classic design approach, eg somewhere in the 70's with two 455Khz IF and a diode detector.

So, 2 weeks after paypal payment it arrived at the front door (it come from Malaysia, but I think there's resellers in Europe).

The the built process took about an hour done in small bits, I first tested the audio amplifier part and then proceeded without further "delays". Didn't worked (got any station) at first time because I had no power supply (still don't) and was running it from a Nokia mobile phone charger which infected a lot of noise in the power line. Now I'm running it from a 9v battery and a LM7806.
I works, sensitivity is, well, low, but enough for during the nigth get one or 2 stations from Europe.
I might try to add an extra coil, parallel to the coil in the ferrite and connect an long wire aerial for reception improvement.

What you see is what you get in the kit. 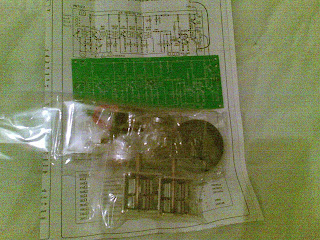 ...as always in my assemblies the box is something for "one of these days"...

I'm getting international in therms of radio rallies, after the Moscavide (PT ARVM) one, Leiria (PT ARLA) and Friedrichshafen (DE), now I went to Cork (IR NCRG).

It was easy to find the spot since I had already explored a little bit of that area in town, arrived at 11H00, the starting time of the event, and everything was already set. Weather was the classical Irish for this time of the year; you guessed, rain in the morning and then some sun.... and then a little more rain, but was mild rain.
There were the usual sellers and the normal boxes full of odds and ends. 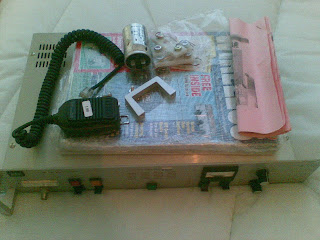 I never learn....why did I asked the price of the rack airband receiver?...oh well, if it works I will probably leave it like this, if it doesn't I got a really nice quality box and a bunch of components.


I met Ed, EI2HEB who is one of the organizers of the event and we ha a little chat. From what I understood there was another foreign visitor from the Netherlands, so, that made this one a truly international event.

Unfortunately I did not took pictures because run out of memory on the phone and could not delete existing images.


Overall was a nice morning and I got some more stuff to play.

I normally don't do much PCB, using the standard method or standard methods, but this time since there was a need to solder an SMD amplifier device it seemed that could be a good idea to do so. Just because I'm out of my normal shack I started to look for alternatives for the normal Iron perchlorate liquid and came up with a new product to dissolve the cooper. The method is explained elsewhere in the net by it's creator.

Basically it's 50% of Hidrogen Peroxide (oxygenated water sold in pharmacies used as an disinfectant for small cuts on skin,, at least I used wen I was a kid) and 50% of vinegar with some salt to taste! Without the salt it would not work and you must be adding some so the process continues. 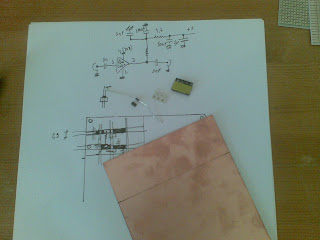 Had to buy an hacksaw for the job: 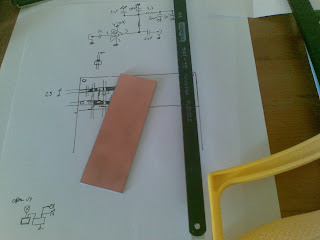 And now the mix, from time to time the board must be shaken and some salt added. 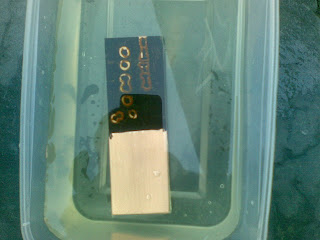 The rest of the cooper part was protected with clear tape. 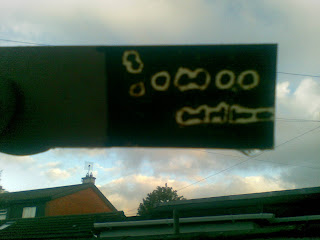 Does it pays of? No, except if you are in an island and really need to make a pcb....
and if you want to know I used normal white wine vinegar. Took me around 45 minutes from start to finish.
Now I still have to solder!

Have a lot of fun!