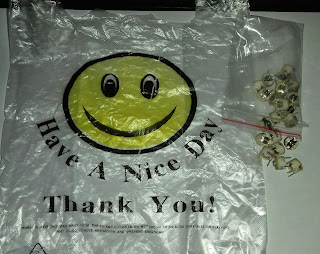 Got this inside an order of ceramic variable capacitors (10-60pF), from a seller in Bulgaria. This is the second time I buy from the same vendor and if I remember in 2014 I also got something other than the normal goods inside, always a nice touch!

Raspberry Pi in a new box

Some times I just want things done, on some other occasions I prefer to do it correctly...or at least I try!
That was what happened to the previous box for my Raspberry Pi, just needed some cover so devised this cheap box: 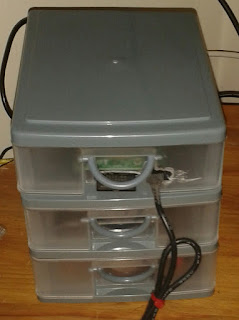 Now it's time to improve a little bit and place it on a more definite location, this was what I come up to (still going to include a front switch to disable video and power to the small display): 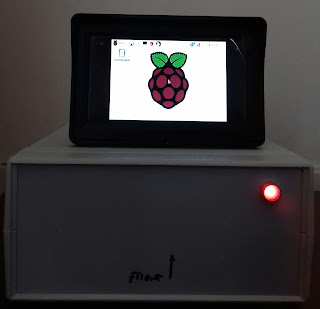 Inside: the Pi with it's power supply (wall unit without terminals) and one to  power the video screen (the transformer, diode rectifier and an LM7812 using as dissipator part of the crystal filter box that I butchered in a previous post.): 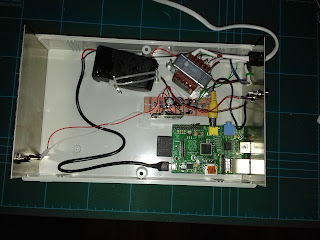 Still not sure on the placement of the screen since it would go nice on the front panel, problem is; being a little higher than the box.

The back panel where the magic happens: 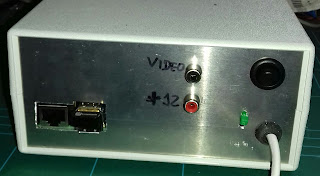 Pi Ethernet port, USB ports, video and power out for the screen, power switch and mains entrance. Might include later on the front panel a shutdown button.

The plan for this Raspberry is to have it permanently connect to an SDR dongle doing reception work and then access it via another computer.

Have an idea for a small Arduino meter and would be good to have the output to audio in addition to a normal display. Specially handy for troubleshooting without constantly looking at the meter. Googling on the various options, found a small library (Talkie) that does basically it without any external shield or component.

Here's how simple it can be: 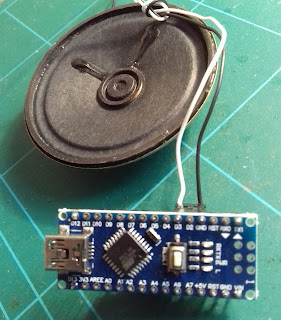 Just add power... and connect pin 3 and GND to a speaker. If more power is needed, then place an external amp. Audio quality is good enough for the application. Voice is the classic computer tone but there are examples with other types in the library examples.

Regarding the library, its at: https://github.com/going-digital/Talkie but I was having problems with compilation on my IDE due to type declaration so got this "fork" version from here: https://github.com/bertrik/Talkie/archive/master.zip that compiled fine.

The result with audio at the first try: