I had a past test on this device but didn't touched it for around two years. Was convinced that it was a software or serial port situation. In the end nothing more than the antenna coil wire broken beneath the enamel (at the coil side) and one other that I had fixed previously at the PCB side. Because I tested continuity from the PCB to the antenna terminals only at that time I didn't realized the second situation until returning to it this last week. 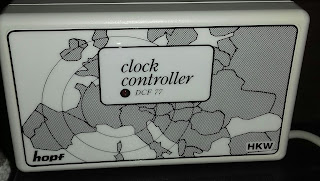 And the antenna coil details: 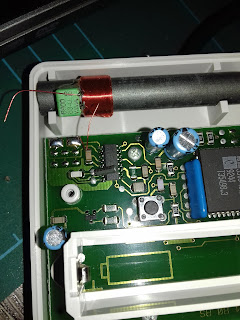 After that sorted it works receiving the DCF 77 transmiter time. It's just a little picky in the direction and placement since I'm currently on the actual range limits. I used "vocap" site for  the actual direction of the signal.

There is a long thread on this device (in German) here. Also has a link for the "RCCD" software if you don't have original DOS software diskette provided with the device, it also runs under "dosemu" in Linux: 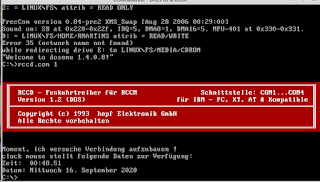 A native build for Linux can be found here (thanks to Guntram). I tested under Linux Mint 32 Bit. Bellow the debug output.

In the format HHMMSS and then day of week date year (better visible on the source code).

For 64 Bit Linux Mint you will probably get when running the hopf binary: "No such file or directory" when running "./hopf -d /dev/ttyS0" , you need to install the following lib32 "sudo apt-get install lib32stdc++6" 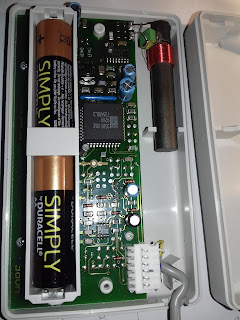 The main chip for the RF reception is marked U2900, I could not find the datasheet for it but did found one that could be similar in terms of connections, as far as I reverse engineering it; the U2775B : 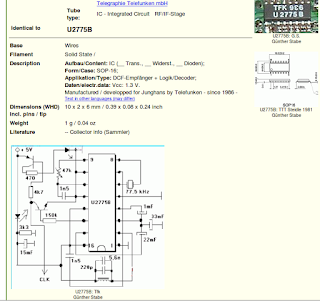 ..still not sure if the same or not.

Anyhow, I'm happy that the device is confirmed working and will go now to the box of the finished stuff without immediate use...!