This power supply is a bit noisy with the fan being constantly on.

Decided to change the fan status to come on only when temperature rise since it will be mostly used for small loads.

The approach decided was the simplest one without much changes internally, a temperature activated switch for 30C inline with the fan supply (110V).

The switch was bolted to the heat-sync in the small available space and tested before drilling so it would not touch the lid after closing. 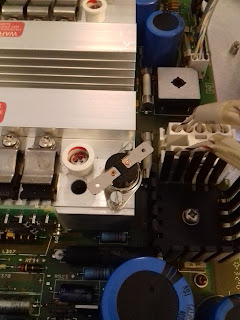 For example it would not fit on the following position: 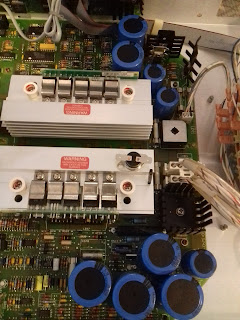 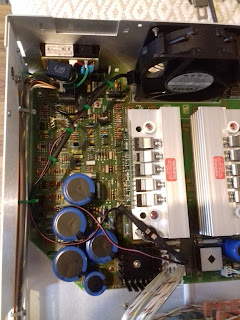 No schematic here, just placed the switch inline/series with one of the fan power cable line.

keep in mind that the thermal switch used is a normally open one (NO) and not like the most common ones, normally closed (NC), used in home appliances, like toasters and grills, also called thermal cut out switch.  It closes on reaching 30C.