Got one of those "cheap" LC meters from the usual online shopping site:
The unit reference as advertized is:
"LC100-A High Precision Digital inductance Capacitance L/C power Meter module"
I might add: just doesn't make toasts but better than sliced bread... 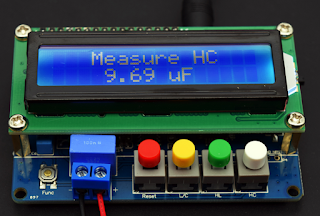 Quality of the meter is not bad and looks quite accurate, at least I measured some marked capacitors and inductors and was in the specified values/range.
The only lower construction quality part was the alligator cable that was delivered with the meter, it was not soldered, just crimped, that's been fixed already:

So far it has helped me to identify some cap's that lost marking and confirming inductors for filters.

The box used is a box for housing electrical stuf with water projection protection (not needed) and was used mainly because it's plastic, relatively cheap and I could make all the holes with a knife. 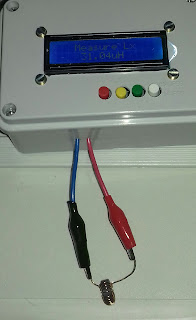 I used very short cabling for the leads so it does not influenciate much the measure.

Before every measure or changing ranges a calibration/zeroing is needed, here's the procedure:

* Inductance: Short the terminals, press the reset (red button), insert the inductor and then measure 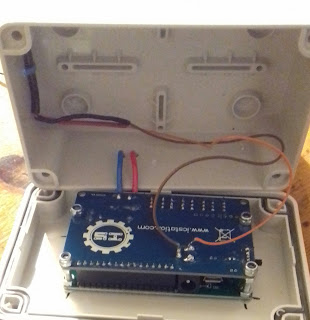 Power is provided by an usb cable directly to the board. The power switch was set to always on. 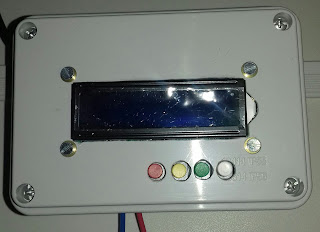 In the mean time I wrote the knobs function directly on the plastic cover since I kept forgetting.
After the multimeter this is probably the second most used test equipment here, really handy.