I restricted myself to only small bits, even so I bring a little more than wanted to! 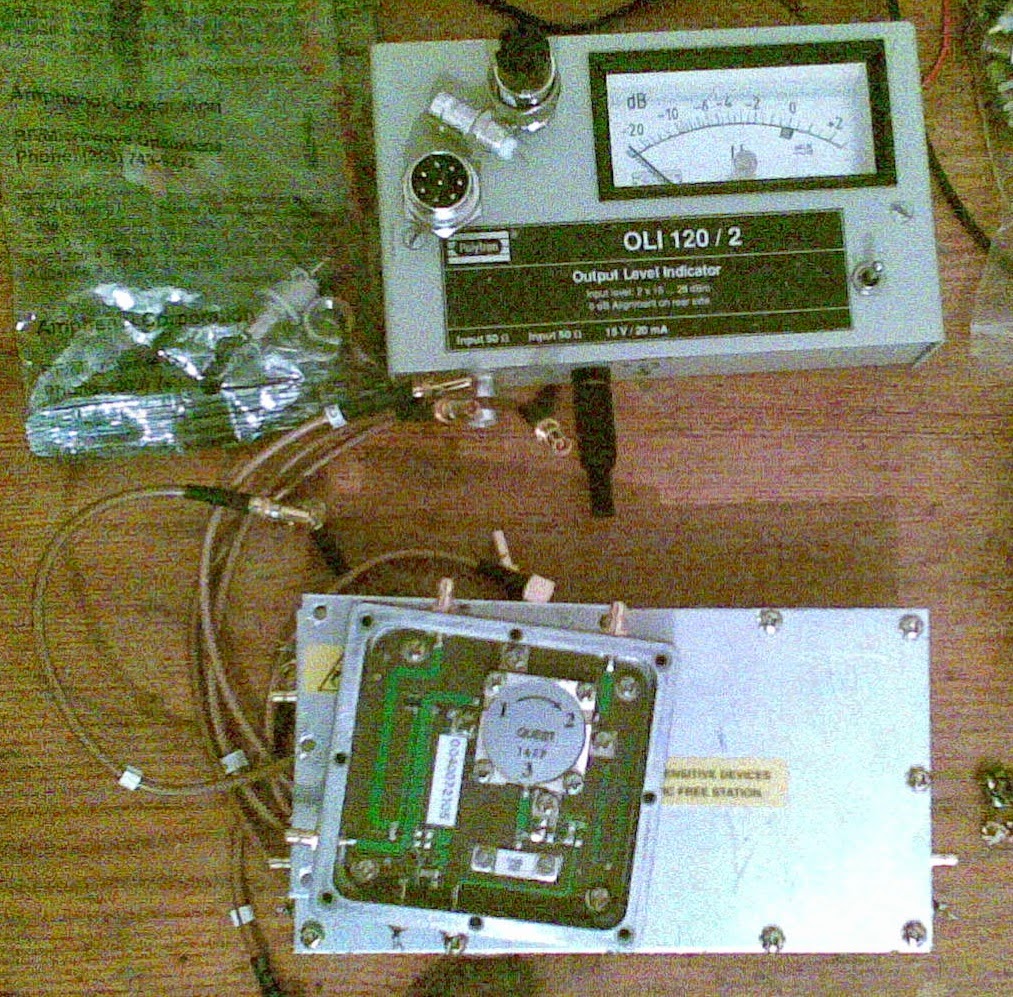 From top to botton and left to right: a mic and bnc connectors, a power meter ; bellow:
a bigger box with an 1.5Ghz capable mixer inside (MCL SCM2500) and on top a box with a circulator (1.4 to 1.7Ghz according to datasheet). I just wanted the aluminum box for other stuff but the mixer and the circulator might be interesting to go a litle higger in frequency from what I'm used to do. So for my record of a fully working transceiver is still way bellow on the 2m band.
The power meter got if for 5 Eur thinking that might have some interesting logarithmic detector inside...yes and no, it has two 1N5711 diodes and an double opamp making two separate detectors. I removed the original plugs (tv type) and replaced with a silver BNC and left only one of the circuits in place (they were dientical and can be selected by the top switch). I was powered by 15V, I placed inside a 10v regulator and now I have to calibrate to the new supply. The meter could be handy special because its small size. In the future might replace the inside with an AD8307 circuit.
Not in the picture I bought 5 small pieces of PCB, always handy and two egg isolators for antenna wire. Again, looked at ladder line and didn't bough, just like last year, maybe one of this days I will finally build a ladder line antenna/aerial!