I'm now in holidays in Portugal and finally could see the Sommerkamp FT-307 (Yesu FT-107) I bough last time. If you don't know the story,  bough a non working unit/unknown status some time ago and asked a friend to collect and keep it until my return.

Well, the radio is as was advertised, non transmitting and not tested after some smoke left the equipment during transmit.

I powered it on as soon as received the equipment and it's OK receiving but no transmission. Here's the first pictures: 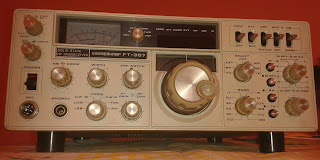 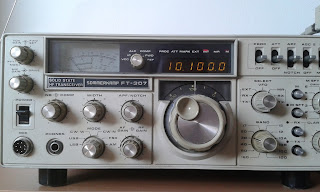 Now, the equipment was set up to use 220v on the internal power supply, currently mains is at 230V so I needed to make the changes before continuing testing.

I was surprised how easy was to make the change, that is working inside the radio, here's the process:

1- Remove the top cover (you need to remove the handle bolts also), no picture since I'm sure everybody already did this to a radio at some point in time.
This step is only needed as a helper to check the internal routing of the cables on re-assembly.

2- Remove the 6 bolts from the back cover:

3- After the cover removed, remove the 4 fixing bolts from the PSU unit to the chassis: 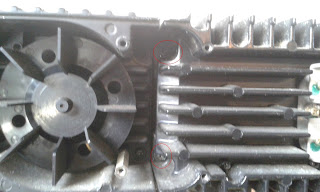 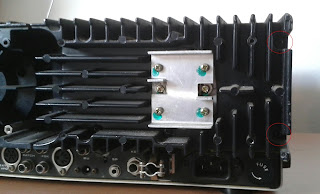 4 - ...then gently pull the PSU unit and remove the 4 bolts securing the gridded top cover to expose the connections: 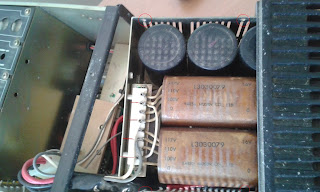 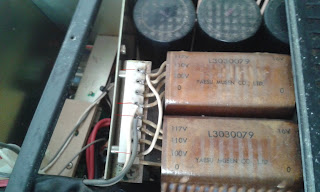 Additional notes: the diagram and the vcc as measured on the radio meter: 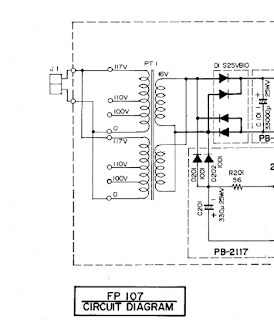 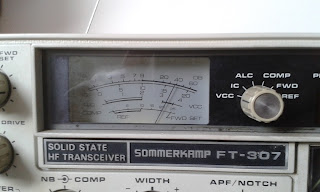 I needed a frequency counter with serial output so an Arduino can count and process, then I realized that the Arduino can be used directly for counting in the range 0 to 8Mhz.
Code and lib is from this reference: http://interface.khm.de/index.php/lab/interfaces-advanced/arduino-frequency-counter-library/ 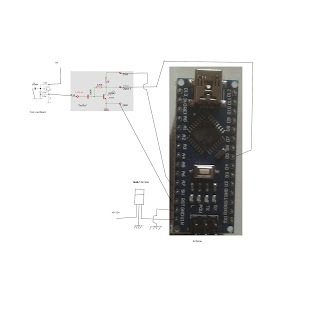 The oscillator part (on the left) was just for testing if was working, if standalone input is "F_in" on diagram.
The serial out from the Arduino looks like this: 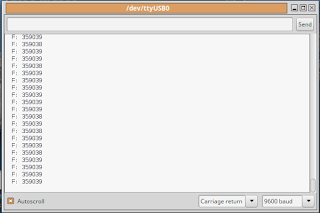 The input signal on D5 of the "Nano": 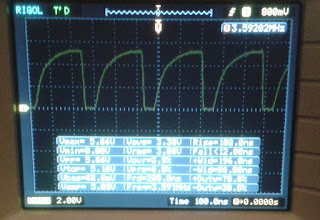 ...and as curiosity the signal on the oscillator: 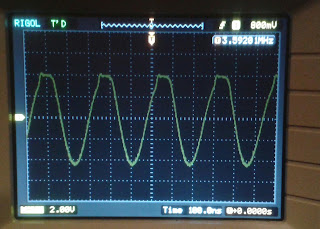 ...not the most beautiful but enough for testing.


Things changed, don't need this part/project any more, in any case it stays for future reference.