Was kind of bored last Sunday so decided to build something just for fun and no particular use.

After soldering it worked first time: 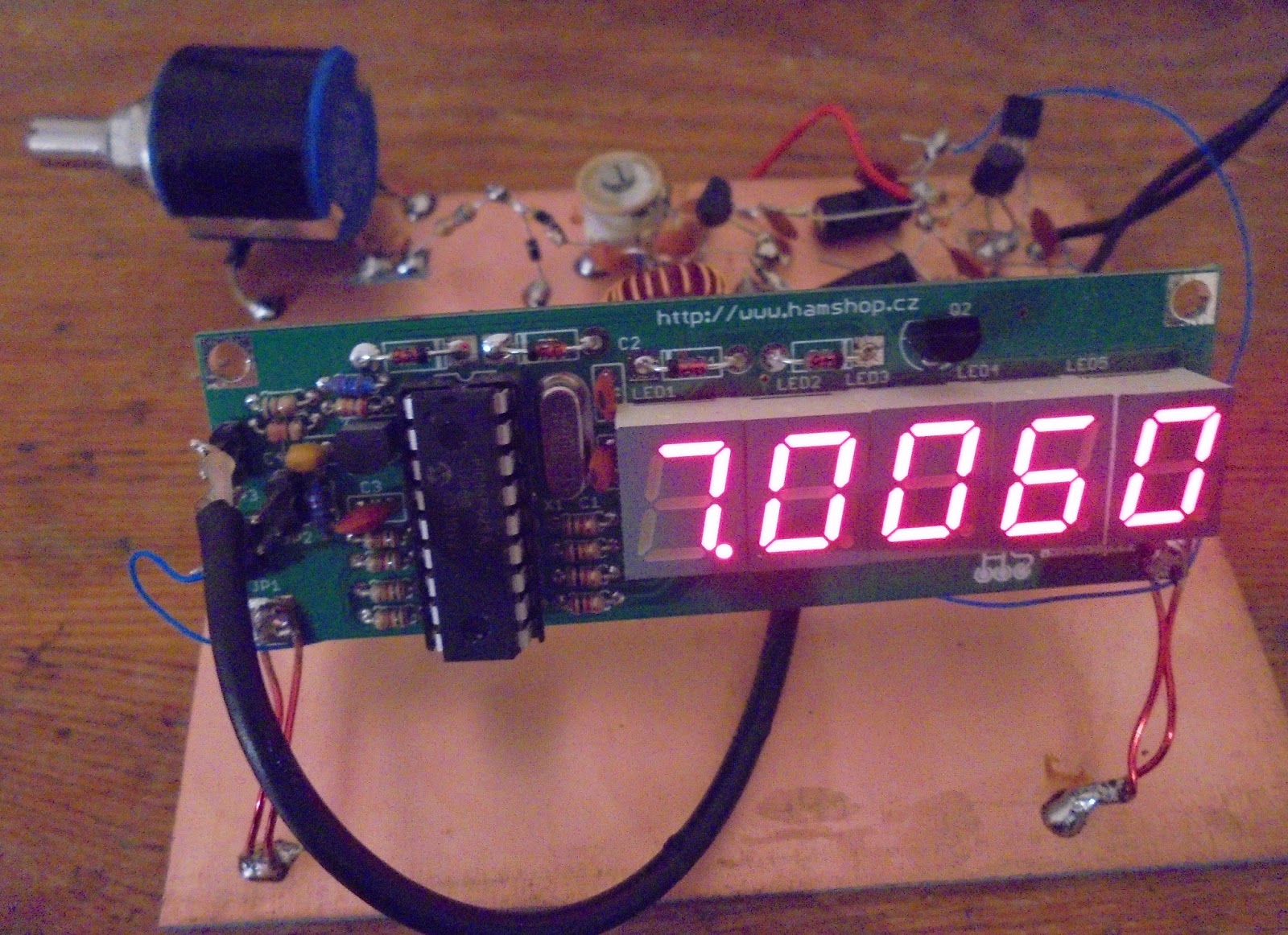 ...no, it's not the frequency counter, is the circuit behind it!

General view of the assembly: 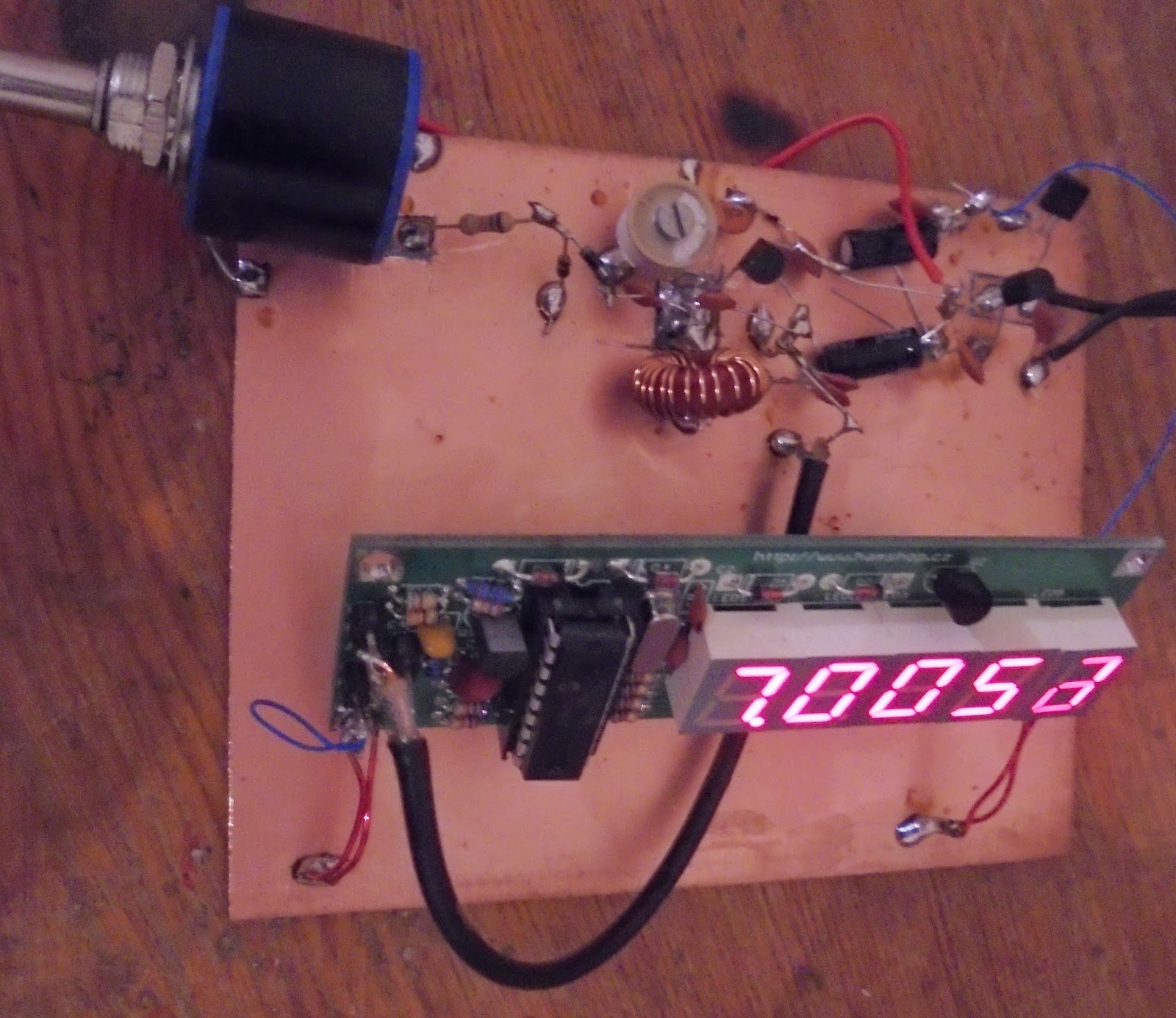 Excluding the oscilloscope, the counter on the image is now my bench frequency counter!

Focus on the oscillating circuit part: 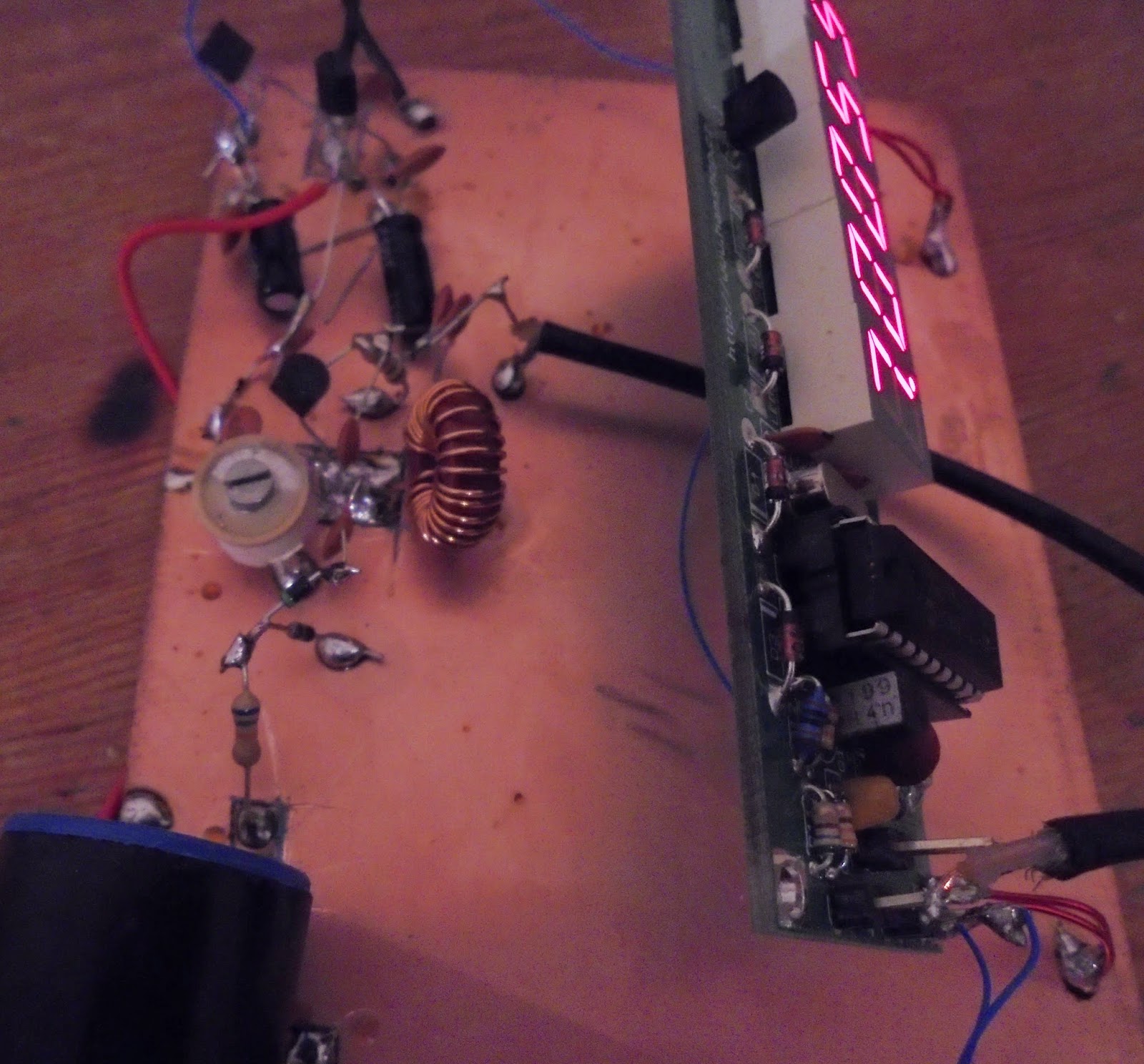 Basically it's a Bitx V3 VFO  with an J310 instead of the 2N3819 and with a double varicap in anti-fase (I could had done another arrangement with just one). The serial cap for the varicap part is 100pF and not 120pF as on the original, instead of 4-40 for the trimmer I used 10-60, the coil is a red core with around 25 turns (give or take). I used a 10K multiturn pot (5K on the original) and placed in series one 1N4001 diode on the ground leg to create a small minimum voltage for not getting too close to the varicap minimal bias. 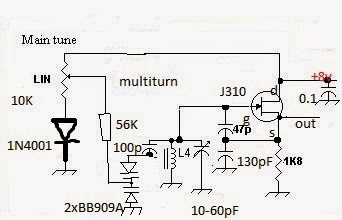 It has around 100Khz of span, removing the series diode, using other type of variacp's and also a higher value in the series capacitor will extend the range.

I might add a mixer for a direct conversion receiver if I get bored again.

Wireless router fix from the blog drafts and a cap/memory problem.

Sometimes I hate electronic devices as much as I love them.... that is... when they stop working. 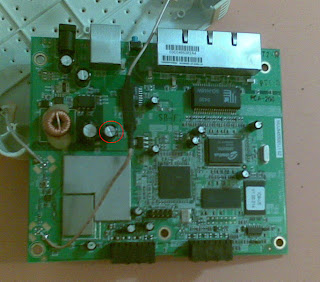 Anyhow one of the devices that recently stop functioning was my home wireless router. No problem I connected the computer temporarily to the cable modem.

After some inspection I found a defunct cap near the power supply.

I wrote this post originally maybe 2 years ago, was in the blog drafts and never published, honestly I don't remember (as of now) to have done this repair...I need some memory pills...

The FT-102 with the new "feet" (high version) replaced last month. I just need to get the transverter to complete the line...