In 2013 I got one of those SDR dongles, Idea was for RF spectrum view and a standalone SDR receiver.
Well I tested it for some reception and it works ok for the price of it. Haven't used to much recently but in any case leaving here some details how to get ADSB and ACARS decoding if you use Linux, i've run it on two different Linux Mint distributions although the guide is more geared to Ubuntu.

The dongle with the test antenna (the classic piece of wire): 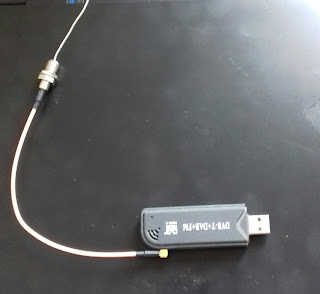 The complete instruction for ADSB I got from this site:
( http://landoflinux.com/linux_sdr_adsb_gqrx_radio.html)
There is also a version with MySQL support for historical logging at:
http://lee.smallbone.com/2014/03/ads-b_via_dvb-t/

After compile you can run the webserver with the display of planes using the following command:

Point your browser to http://localhost:8080 and you should have a similar view to this: 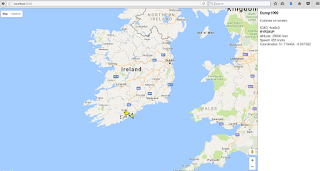 and another along side with terminal for monitoring: 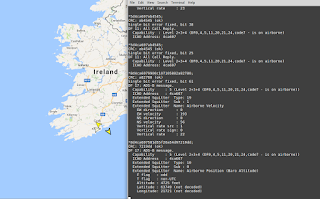 If you need to check if listening on port 8080 execute the following:

... output should be similar to this:

If nothing returns then it's not listening....take in account that some proxy's software generally use port 8080, so look for another free if that's your case.

Running the command without options you just get the scrolling output of the frames received: 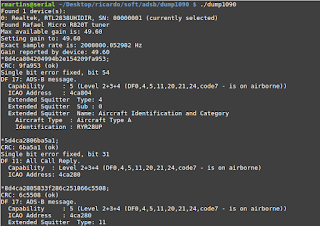 And run the following command (you can include just your area ACARS frequencies):

If you look on the guide (on the link) there's a way of including frequency correction, I considered 0 just for testing and still got some outputs with the piece of wire antenna inside house: 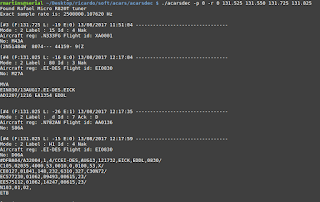 ...I'm positive I've flew in the the EI-DES from AerLingus before.