....ah... the smell of success.... followed by disappointment... nothing beats the thrill of trying to find the problem without success guaranties! 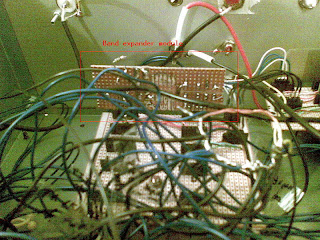 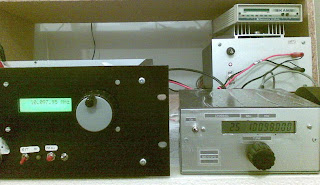 Then I was injecting an external VFO signal and noticed some instability in frequency using the 40m band.
(On the left using the Si570 as external VFO)

After debugging a little bit I discovered the culprit... 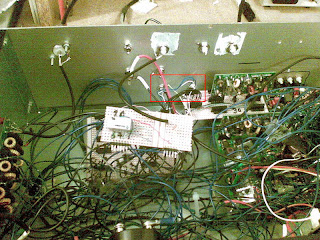 ..the cable linking the two boards, the VFO part, so, for now the solution is simple, if I remove the cable, loosing the extra 5 band expansion I have no problem but I want to know the cause. The next few days I will experiment with cable length and some blindage, strange is that on the 17m band the problem doesn't show, so, I guess is more a capacitive issue than an inductive one given the wavelength difference. Funny is I tried to make the distance between the 2 boards the smallest possible just to avoid this possible issues.... yeah this time I thought before soldering...useless!