While making a small impedance bridge I came across a small issue in one of the female BNC plugs, the central pin would turn/rotate while being attached by a male plug, I sorted the issue soldering a strong wire from the center pin to another plug since that was according to schematic, a pcb island preventing rotation and anchored would be another solution. 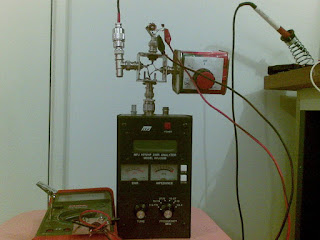 Now reworking my UHF capable dummy load ("Cogent" mints box) to a new shape  (top one on the picture).... 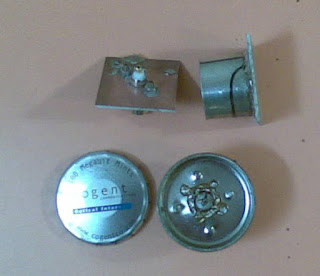 In the end this was the result: 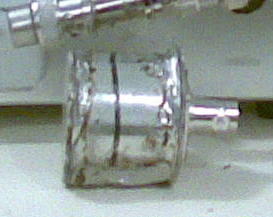 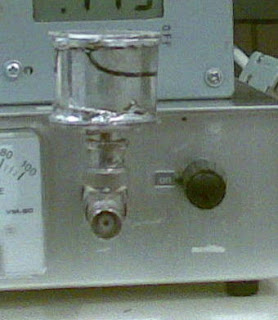 Not pretty, but for now it works...

Another issue I got due to the poor manufacturing tolerance and construction on BNC plugs/adapters is this: 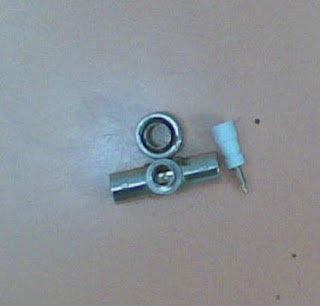 The middle pin is just press fit on the stripe line between the two female plugs of the T adapter.
It failed probably after the second insert in the dummy load, one advantage of this happening is that if you made a small coupler link you can make a bird style plug...

...always optimistic but next time will have to get a better brand of BNC's. 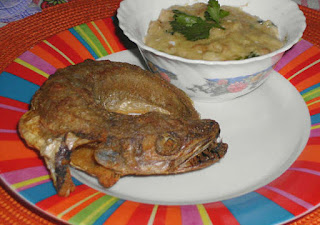 This Portuguese expression it's equivalent to a "no win situation" in English, as the image states. By the way, it's also a traditional dish!

This relates to the AD8307 power meter, without calibration it's "mostly" useless, well you measure something in this case power but you will never know how close or how far you are from a real value...or you blindly trust the datasheet.

Most people that build this circuit tend to calibrate against a know source, that is also my idea in the mean time for simple tests and for relative power it works, sort of, let's exemplify:

An unknown power source to the input: 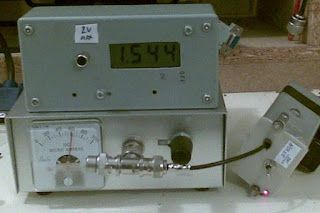 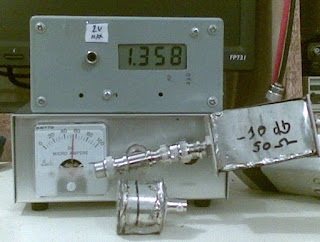 Let's do some math:

(Supposedly the power meter should give me 20mv/dB)

Should I assume the pad is correct and calibrate the power meter to the pad?

...I could measure the attenuator pad on DC against my voltage reference, but the voltage reference it's not calibrated and would only give me the DC behavior......OK...back to the beginning......I will calibrate one of this days against a know calibrated signal generator.


Between old projects getting finished, a lot more left behind, even more get in the horizon... 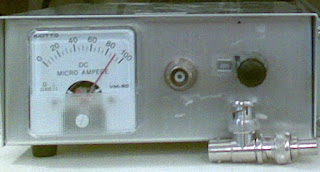 it was rewired in the inside and placed the input signal on the front. With the switch on this position it indicates the internal battery voltage, 9V, still good.

I also placed a rear input for the companion DVM: 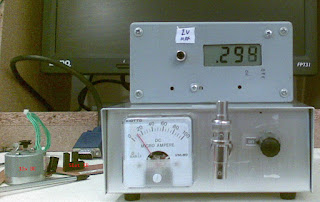 There's also the option of using the front panel plug (on the DVM):

Get back to the midle picture... notice the DC motor and the IR slot sensor, had this recovered from a cassete player and a scanner and will proably be used in a NBTV mechanical receiver project I stunbled upon this week...


And when you don't have plugs for 9V bateries, just grab a used one and recover the top, easy: 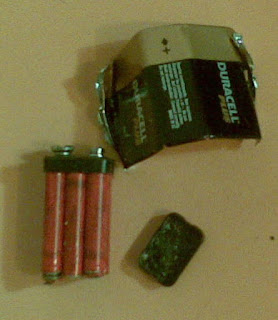 Not all 9V batteries are equal but you can recover the plug from all of them.

Here's an idea for a measuring grab plug 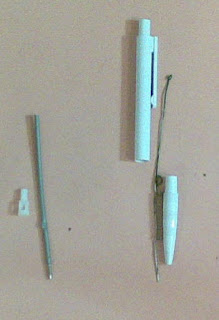 It works but I have to get a stronger clip...

Some time ago I decided I would only buy new components when stock is empty or can't be recovered from old boards, truth is: I can't remember last time I bought components....hum...it was 2 days ago: 1N5711 diodes, had none and found none in the pile of old rf boards. It takes some time searching and recovering but no money is spent and you can always say: it was junk before, now it's a transceiver :)

New box for the noise-bridge

Decided to separate the noise and the bridge for convenience.

Here's the new box for the noise generator, again an old if transformer can: 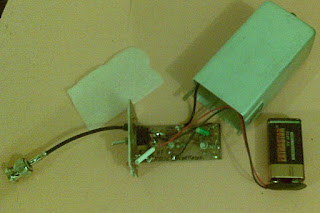 I could had placed the battery inside but would be a little crammed and difficult to change so a small patch was made:

For the bridge itself, I had no small (in size) variable cap to put inside so improvised with an polivaricon and the shaft of a defunct pot

Some grinding was needed for the rotating knob of the polivaricon (it was from a pound shop radio).
Some "Araldite" glue after... 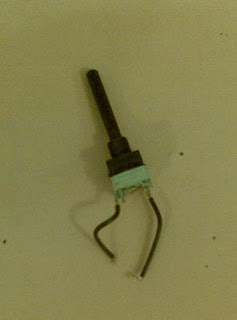 And here's the the bridge. Scale is to be finished, I only placed the 50 Ohm mark and the 68p "unknown" internal cap (close to half the varicon) on the reactance side: 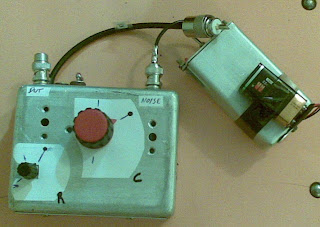 Main capacitor is of 146pF and I had no more bnc plugs so used a cable for the "rx" part.

Inside, lot's of space left if chose latter on to put an internal noise source. 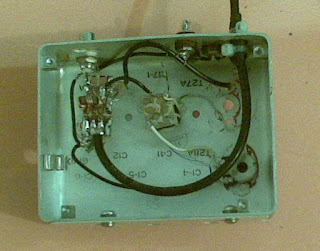 In practice it's preferable to use the MFJ analyser but you learn a little more building your own test equipment and can always cross-check the measurement made.

Preliminary tests made to my dipole have the same result as on the MFJ equipment.

Have a nice weekend.

Will post more details as soon as I finish this prototype.
Publicada por Ricardo - CT2GQV em 10:49 PM No comments:


A new coil for the antenna tuner... 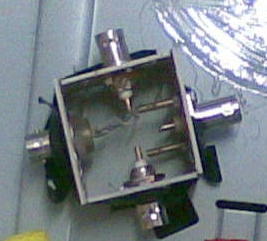 And here's what happens wen you have to many broken printers around...

Box for the voltage reference circuit

Nothing special.... just boxing some stuff, here's the voltage reference IC in a box. 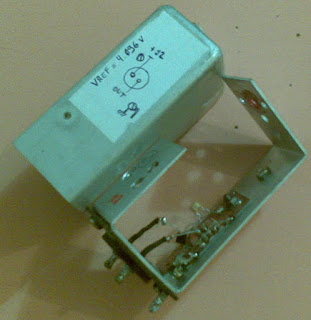 The board is very small and it could be lost in the shack mess so I used one IF transformer box from an old Bendix ARDF equipment for housing.

Regarding the voltage reference, it's not a voltage cell but for the nature of my measurements and calibration it's more than enough, my DVM doesn't have enough digits for measuring to the millivolt unit. 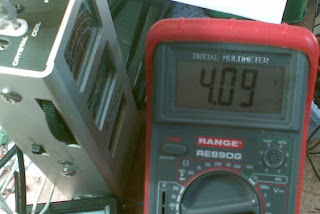 Maybe one day I could get a better DVM...
Publicada por Ricardo - CT2GQV em 11:08 AM No comments: