Yup, it's possible to build a complete radio using only an multimeter as test tool but to know the exact frequency it's more practical to use a frequency counter.

Got myself a frequency counter kit, it will help me "debug" the VFO: 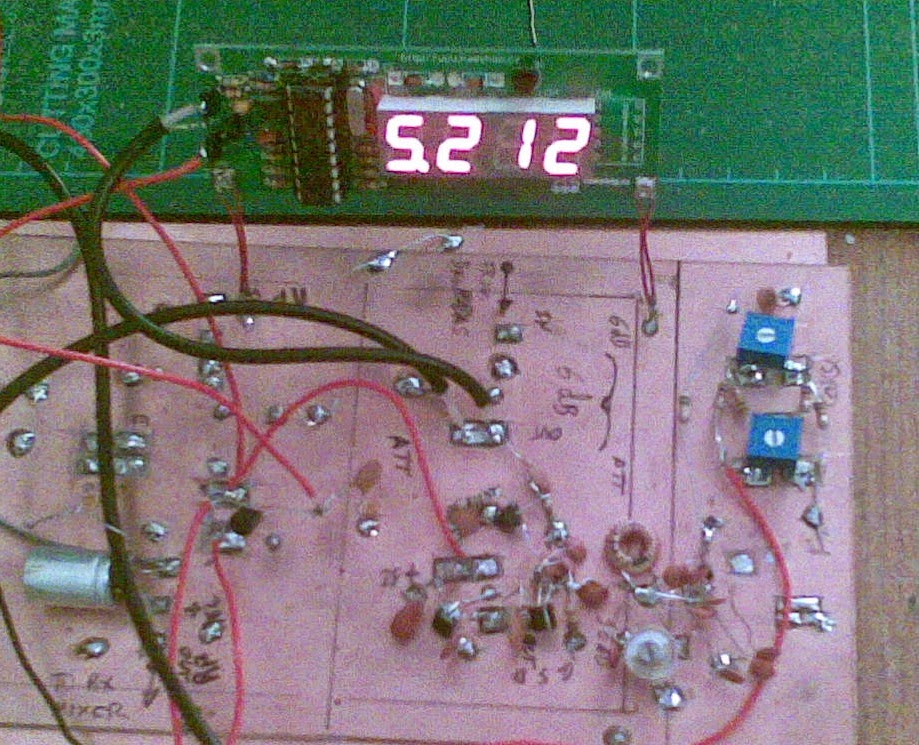 Ok, I don't know in what frequency it his receiving, only I got my first copy of Morse signals from the ether!

The reason I don't know the frequency is simple, the only test equipment used so far is a multimeter.
After trying to figure it out the frequency of the VFO (I was suspecting that I could be receiving in the 40M or 80M band) I fired the qrss transmitter kit and set it for 3.580 Mhz, after tuning the VFO got my own test transmission (I was receiving some amateur Morse before).

The VFO (lower right on the image) is not the final design, just a quick lashed up design without great stability. Tuning is made by a varicap and a trimer cap, the two blue trimmers are for fine an coarse frequency set. 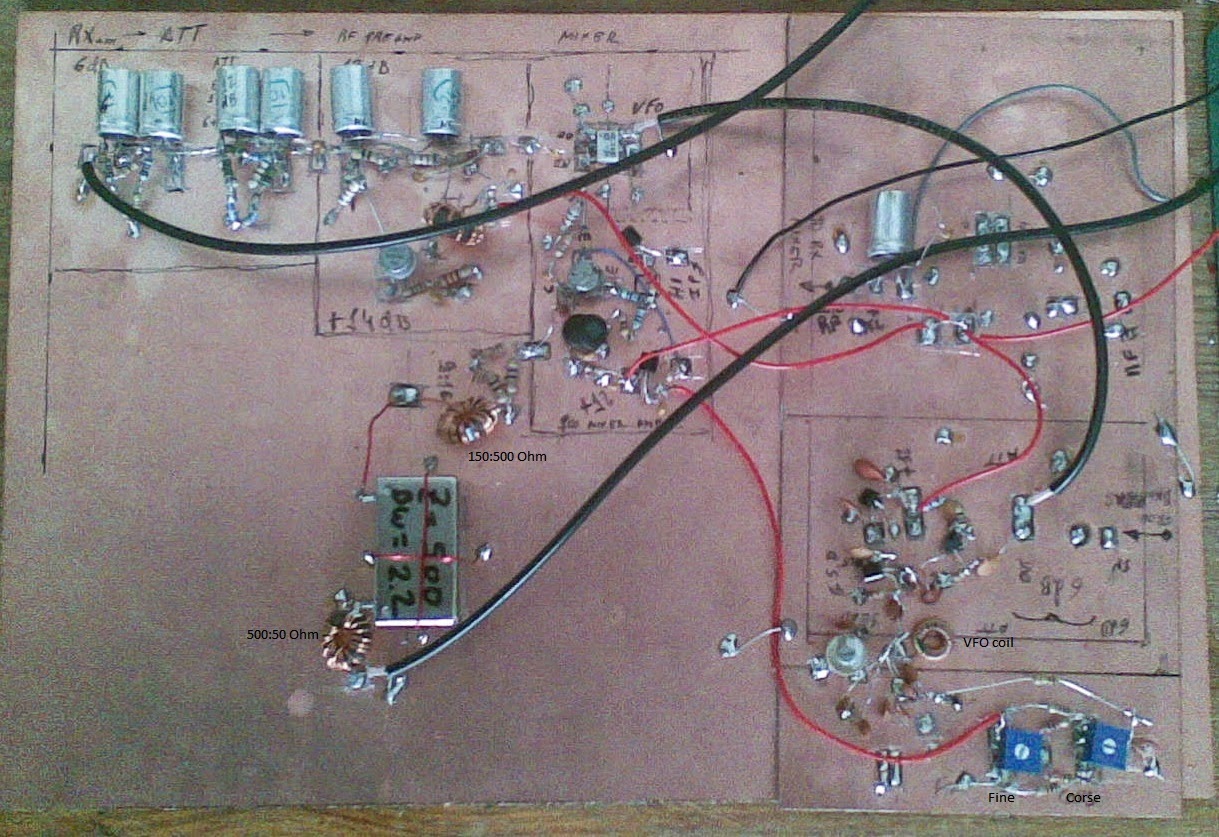 The only problems so far were:

* Incorrect publication, on the original article, of a component value on the bias of the BFO oscillator transistor which I discovered quick; the measured voltage was two low for bias and had reception for a second or so (after power on) before loosing it (was testing the BFO/product detector at 4Mhz since there's powerful AM stations around, now the BFO is back on 9Mhz)

* Thermal shutdown of the LM7912 (I'm using it so in the future I can add a 2n3055 with collector to ground) occurred on the makeshift power supply after some time of power on, now with more modules have to set another design to power the transceiver.

Work to be done:

That should be more one or two years at this rate!

Have a nice weekend.