Tuna Fish or in Portuguese "Atum" it's one of my favorite fish's ! See the pictures for better understanding....

Some years ago I found the "pixie" an simple transceiver with an simple performance but giving a lot of fun to build....

Some had put the litle transceiver in tobaco boxes or "altoides" boxes... I went a litle further and built the whole station...in tuna can's; the "pixie" (in the center) the tuna power supply (near the cat), the tuna speaker (on the right of the image) and the tuna frequency counter...bellow 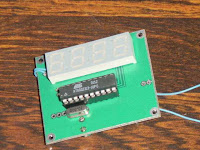 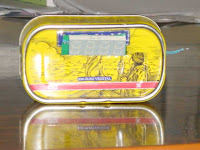 The counter is from kd1jv and the pixie design came from the net... similar at: http://www.qsl.net/we6w/projects/pixie2.gif

Never quite make an qso with the litle think but sure was lot of fun....to eat the tuna fish.

Cat name is "Pipas", is not mine, and lives now in the north part of Portugal hunting birds and sleeping.