Finished today the XY scope based on the 5LO38I CRT tube. It was working for some time but wanted to correct the voltage for the deflection amplifiers and missing a regulator, it was directly connected to the bridge rectifier, now has the required 7805 and 7905 regulators for the positive and negative voltages on this part of the circuit. 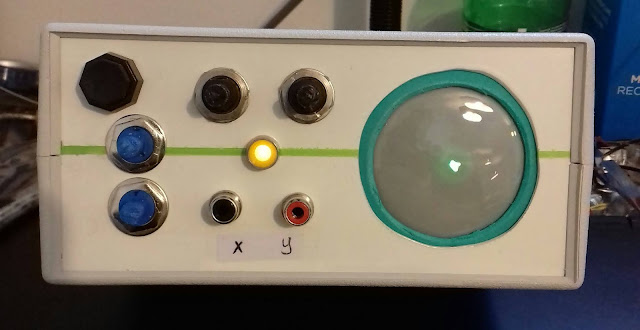 It's nothing special, it's based on previous experiments and adding now the deflection circuit. I have no space in the box to add a sweep circuit so it's kept as a generic XY display and not a full oscilloscope. 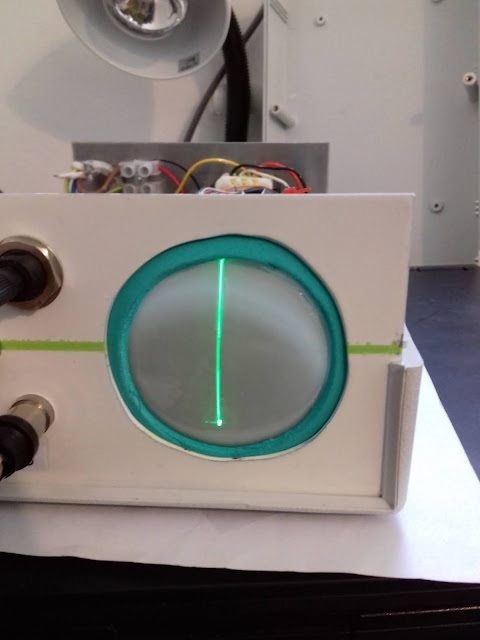 A bit more visible on the horizontal line. 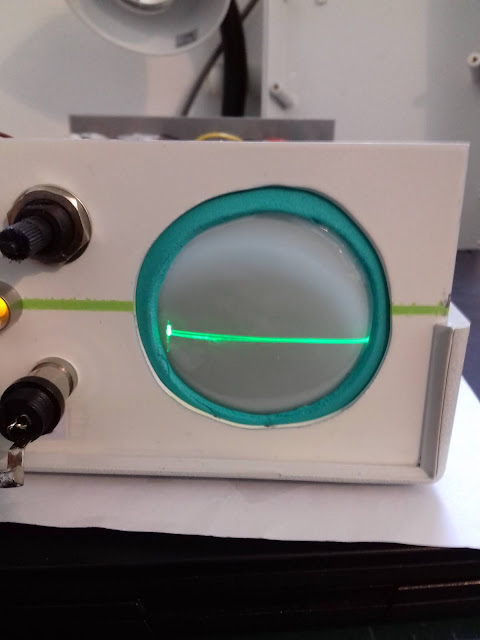 Also during construction I had to reposition the power transformers because if near the CRT side will influence a lot on the trace quality. You notice that as soon as the power is taken, the dot became much sarper while the power supply caps still hold the charge. 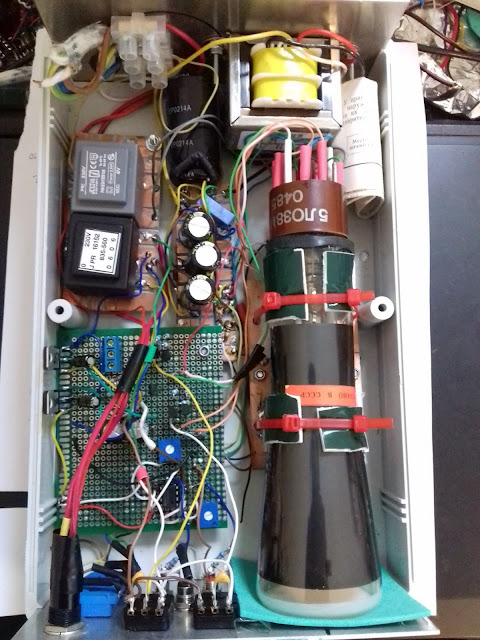 The schematic is the one bellow except I added a 7805 and 7905 after the bridge rectifier to make the 5V for the op-amps: 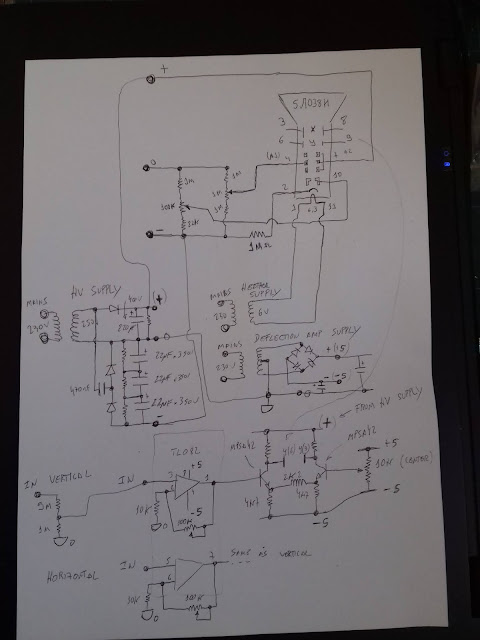 Doing a Christmas tree with an Arduino: 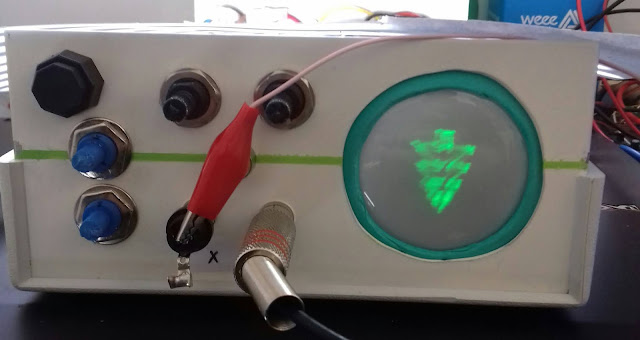 ... still had the inverted Y channel at this point.
Bellow the same on the Rigol DS1052E: 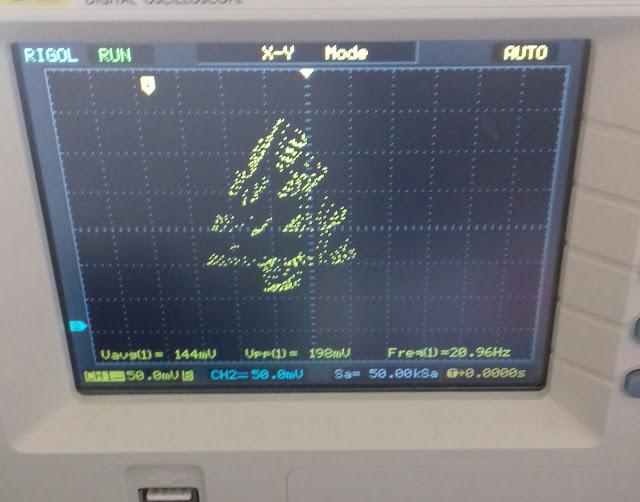